Gentrack’s acquisition of UK-based Junifer Systems, a competing utility customer information and billing system provider, gives the vendor a significant market presence among the UK’s independent energy suppliers. We consider why Junifer Systems is so sought-after by the new entrant energy retailers and ask who can compete with the combined Junifer–Gentrack business.

Over the last eight years, Junifer Systems has been highly successful in winning business among the UK’s competitive energy suppliers. At the time of the company’s acquisition by Gentrack, Junifer’s clients accounted for 25 out of around 50 UK energy retailers, including Bristol Energy, Bulb, Green Star Energy, Octopus, Places for People, Robin Hood Energy, So and Yu.

So, what lies behind Junifer’s success? We believe there are four key factors:

With 32 UK energy retailer clients, the combined Junifer–Gentrack business leads the way in terms of the number of utilities served. Gentrack brings seven UK customers, including OVO Energy, which is one of the fast-growing independent suppliers with a reputation for providing good customer service.

So, is there any room left for alternative utility billing / CIS vendors? The most significant other solutions providers in the UK are:

We believe that going forward most new business in the UK energy retail segment is likely to be carved up between Junifer–Gentrack and these leading contenders. While the Gentrack deal will spur Junifer’s already considerable momentum among the new entrants, the alternative providers all have strengths that should not be overlooked – for example, LogNet’s deep convergent multi-play billing experience and Ferranti MECOMS’ out-of-the-box integration with Microsoft Dynamics ERP and CRM. But the contenders will have to work doubly hard to demonstrate the benefits of their solutions if they want to gain ground on Junifer–Gentrack among the UK’s energy retailers.

The Junifer Utilities CIS is a modern customer care and billing solution, which is designed for utilities who are rolling out smart metering. The system can also handle billing for conventional postpaid and prepaid meters, so that suppliers who are transitioning from a legacy environment to smart metering can serve all their customers from the same system.

To cater for utilities’ business requirements out-of-the-box and with minimal customisation, Junifer Utilities CIS has a three-tiered modular architecture, comprising:

At the heart of the Billing Module is a powerful real-time rating engine, which can rate consumption records as they are presented to the system and is highly scalable for handling the large data volumes generated by smart metering deployments. It can manage multiple utility services (e.g. electricity, gas, district heating, water), as well as generate convergent bills for multiple services if required.

The core customer care and billing modules are pre-integrated with six optional modules:

Junifer’s Utility Packs streamline and automate the complex rules and processes that are specific to the UK energy market (e.g. change of supplier, change of tenancy). There are separate packs for electricity, gas, water and district heating suppliers.

Any bespoke needs (e.g. tailored invoices) are addressed through Custom Components – client-specific code that is developed within the Junifer framework and integrated with the application.

Utilities can buy an on-premises licence but many choose to take the solution as a hosted managed service to keep costs to a minimum. They can upgrade to the full enterprise Junifer CIS product at a later stage if desired.

In late 2015, Junifer partnered with CGI and Utiligroup to launch ER360, an end-to-end solution for UK suppliers that integrates customer care and billing with energy forecasting, smart meter interaction and trading/risk management. ER360 integrates the Junifer Utilities CIS with Utiligroup’s Automated Flow Management System for market interaction, as well as with the centralised smart metering data communications service (the DCC). The solution can be deployed on premise or delivered as a hosted service on CGI’s secure cloud platform.

In less than a decade, the Junifer Utilities CIS has become one of the most popular choices among new entrant energy retailers in the UK market, making the company an attractive acquisition for Gentrack.

One of Junifer’s key capabilities is its support for UK-specific energy business processes and market messaging. The various utility packs available within the CIS help streamline and automate key processes such as change of tenancy and change of supplier to lower the cost to serve, and are regularly updated to keep suppliers compliant with any new requirements.

Junifer is also proactive in evolving its product to support new regulation. For example, the vendor recently opened its APIs to partnering price comparison websites to help speed up customer switching, in anticipation of the future requirement for 24-hour switching. People who change supplier from these websites will be registered almost instantly in Junifer’s software and receive welcome packs within seconds.

The vendor has a good implementation track record, which reflects its strong focus on delivery as well as a rigorous recruitment process that sees it take on only the most capable staff.

Find out more about the utility billing / CIS vendor landscape in our report New Directions in Energy Retail: Billing & CIS for Competitive Edge. 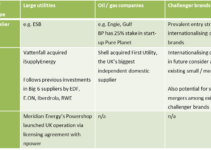 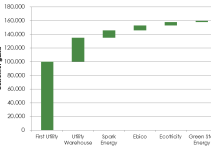